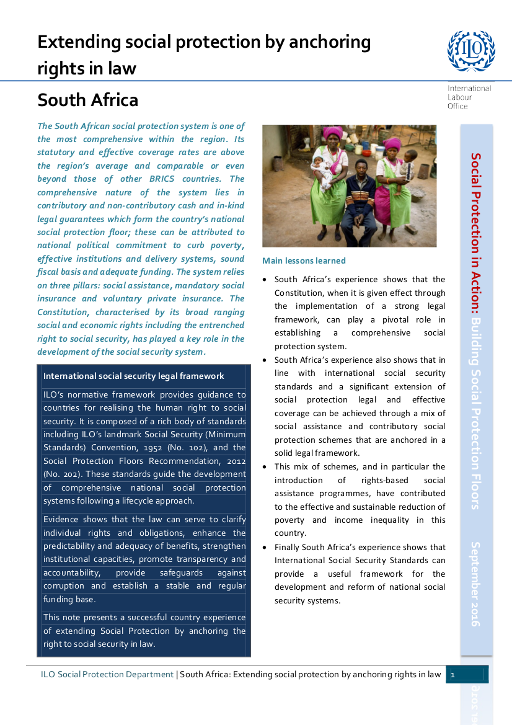 The South African social protection system is one of the most comprehensive within the region. Its statutory and effective coverage rates are above the region’s average and comparable or even beyond those of other BRICS countries. The comprehensive nature of the system lies in contributory and non-contributory cash and in-kind legal guarantees which form the country’s national social protection floor; these can be attributed to national political commitment to curb poverty, effective institutions and delivery systems, sound fiscal basis and adequate funding. The system relies on three pillars: social assistance; mandatory social insurance; and voluntary private insurance. The Constitution, characterized by its broad-ranging social and economic rights including the entrenched right to social security, has played a key role in the development of the social security system.